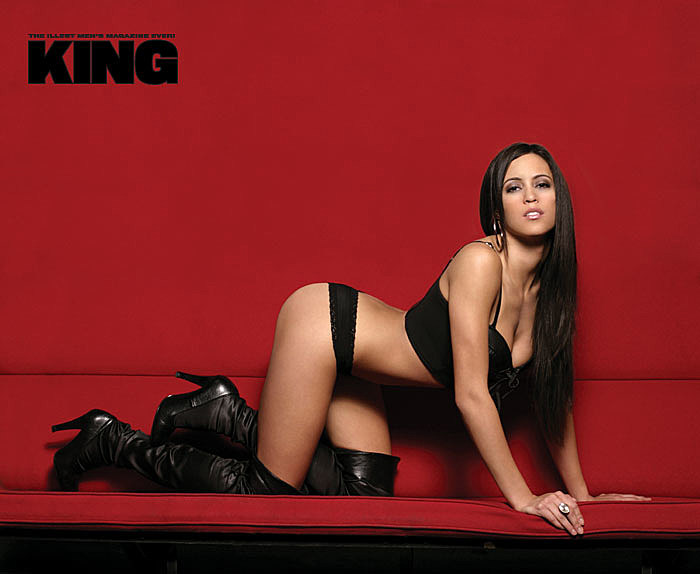 Is Barack Obama close to your heart?
I guess he is now. I knew a little bit about him before doing this video ["I Got a Crush On Obamaâ€]. I saw him on Oprah, and he seemed like a real genuine, nice guy. Obviously I'm learning more about him.

Can he count on your vote?
I don't know who I'm voting for yet. Even if I do, I'm not going to say. That's why it's called the secret ballot.

Has the Obama campaign responded to the video?
The campaign has not contacted us. We've heard that he's watched it but didn't watch the whole thing. Me and my people I work with are like, "Yeah, right. He watched it and then said, â€˜Eh, I've had enough of this hot chick singing about me.'â€

With Obama and Hillary Clinton running for office, what does that say about the future of American politics?
It's awesome. Some people are so old-school and closed-minded still. This is the new generation, and maybe it's time for a change. Maybe this is what we need.

Do you think there's a link between politics and sex?
Everyone says the video is so racy and sexy and scandalous, but when I first started shooting it, I'd never felt like more of a dork in my life. Sexy? I guess 'cause the T-shirt was tight, and I had booty shorts on. Everyone says sex sells, right?

If the two of you ever crossed paths, would you flirt with the senator?
I'm sure I will. I think it will be a positive experience. I think he likes the video, for sure. I don't know how it's going to turn out.