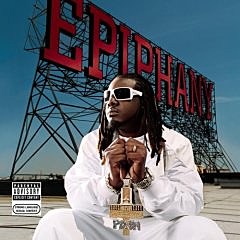 Duke Ellington once said there's only two types of music: Good music and bad music. But when Duke Ellington made this statement, he was specifically talking about jazz music, which has never really been burdened by things such as Billboard Chart position and gold or platinum album sales. Today, the way with which we measure what is good and bad music is usually by a ton of factors, of which not many have to do with the actual craft of making music at all. And this is why T-Pain will never be appreciated no matter how many ring tones he sells.

I hear the haters talk about T-Pain as though he single handedly has destroyed popular music and I know what they're saying because when the man first hit the scene, I too was a hater, laughing at this man who called himself a "Rapper Ternt Singer". Like them I would say, He can't sing. Anyone can do what he does. He's a coon. He's a one hit wonder. The list goes on and if it doesn't, just wait until tonight, because by day's end, if you have a discussion with anyone else about T-Pain they will give you yet another reason why T-Pain needs to have peititons written against him and must be stopped. Now, I'm just much of a hater as the next man, but T-Pain is a special case. It's like he's almost too easy to hate on, which is why I have chosen to get on the side of the defense. The hate for T-Pain, whether you like him or not, must stop, and here's why:

T-PAIN'S NOT REAL
Realness, and the barometer by which it's measured is a slippery slope, so I've decided to measure T-Pain's realness by the only way a fan like me can: His song topics. As much as I hate to say this, T-Pain, if you only go by the subjects of his singles, is very real. Men get sprung, and when they do, they do shit like wash dishes for the object of their affection. Men fall in love with strippers. Of course most of these cats have low self-esteem, but is this a surprise to anyone? I mean, let us not forget, a lot of men who are frequenting strip clubs today were raised by women who once stripped, so how come we were suprised when T-Pain confessed his love for women that do something strange for some change? And more recently, T-Pain has been asking women if he could buy them a drink, which is the same schtick even great men adhere to, and the current single is about him moving on from the stripper to falling in love with a bartender, and if you've ever been to a club, you should know, female bartenders are usually the hottest women in the spot. So, who's not real? The fact is most R&B singers sing about love and courtship in very unrealistic terms. They buy them spaceships and shit. But not T-Pain. Like all men, he's vulnerable, falls in love with women whom society deems untouchable, and when he does get close enough to actually say something, he doesn't say much at all. To further prove his realness, let's stream the tape:
"Suicide" - T-Pain

THAT BOY CAN'T SANG
To say T-Pain can't sing is to say you never were able to appreciate the musical contributions of people like Stevie Wonder (check out songs like "Did I Hear You Say You Love Me") Roger Troutman from Zapp & Roger, or George Clinton from Parliament Funkadelic. Let's get one thing straight, T-Pain can sing, but chooses not to sound like every other crooner out there right now. At some point, T-Pain knew good singers are like rappers: They're every-fuckin-where. But if you can do something different with your voice, you might have a better chance of getting heard. The Auto-Tune is the difference in T-Pain's voice, and for him it works. Sure it might be annoying from time to time, but so are all these falsetto crazed, whiny-ass vocalists trying to hit the high notes. Auto-Tune's, Vocoders, and Talk Boxes are instruments, not disguises for all the non-singing ass singers of the world. If you ask me, outside of R. Kelly, anyone who can find a melody over this shit, is a monster. Let's stream the tape:
"We Takin' Over" (Remix) - DJ Khaled feat. T-Pain

ANYONE CAN DO WHAT T-PAIN DOES
Wrong again. There are a lot of R&B artists who have been singing longer than T-Pain has been alive and still can't make a hit to save their lives, let alone their career. Sometimes, the simplest things are the hardest to accomplish. The more anyone knows, the bigger the burden they must carry, and on a technical level, their are plenty of people out there who can do what T-Pain does, but unfortunately, they're unable to unlearn all they've learned in order to create the simple things. Not to say T-Pain is like Miles Davis, but those who appreciate T-Pain appreciate him the way folks used to appreciate Miles Davis. For Miles, it wasn't about the notest he played, it was about the notes he didn't play, and the pregnant pauses they would create. In an era of jazz (be-bop) that was all about who could play faster, louder, and higher, Miles' simplicity is what put him in the same class as guys named Bird and Dizzy. The same goes for T-Pain. Sure, neo-soul is perfect to smoke to and hear on a rainy day. And of course the smooth R&B found on quiet storm radio shows is perfect for making babies, but at some point, we need someone to switch the shit up, but if they're going to do it, they better have one simple thing: Melody, and as every one of his singles has prove, T-Pain knows melody better than parents know their kids. A good, strong hook, simple notes anyone can hum and wah-la! Ladies and gentlemen, you now have a hit album, a hit song, and a career that will lost as long as the generation it touches. Trust me when I say, a lot of people who aren't even old enough to drink are about to lose their virginity to this shit. Stream the tape:
"Tipsy" - T-Pain

T-PAIN = COONERY
Now I have no audio proof to illustrate this point, and rightfully so since this point is more about image than skill. T-Pain isn't as much of a coon as he is the product of his environment. Now, I may be slightly wrong, but I believe T-Pain is from Tallahassee, Florida, and if you know people from Tallahassee like I know people from Tallahassee you would understand why T-Pain is who he is. I'm in no way saying everyone from Tallahassee Florida is a broke version of T-Pain but, a fair amount are. This is not a manufactured image the man has going on, rather, everything from the name of his label ("Nappy Headz Entertainment") to the way he talks in a nasally country drawl, has its influence in a by-product of his own life. You have to look at the person who's calling him a coon and ask yourself where that person is from. Nine times out of 10, said person has probably never even journeyed beyond the mason dixon line and thus ignorant to the culture and people who live below there. T-Pain is no different than the people who he grew up with, and to suggest otherwise might say more about you than him.

T-PAIN IS A ONE-HIT WONDER
I don't think anyone can quite say this is the case for him anymore, but there are a lot of people just waiting for the other foot to drop on T-Pain's career, to which I say, Don't hold your breath. This isn't to say T-Pain won't be a thing of the past one day, I mean, even Michael Jackson's time is up, but as of right now, the next time a T-Pain song goes in the club, you might as well go to the bar, buy yourself a drink, and come to the same epiphany I have. Like him or not, T-Pain is going to be around for a while.